It’s the first day of autumn tomorrow and oddly enough it’s also national “ice cream” cone day. We’re thrilled to celebrate this auspicious occasion. Not just for kids, we offer a choice of delicious cones: Waffle, Chocolate, Charcoal, and Gluten Free. Stop in our Kitsilano or Canada Place shop and enjoy a scoop, or two, of our gelato or sorbetto in your preferred cone. Can’t make it to one our stores? Order some cones for delivery with our pints, (six cones for $4 or 12 for $7).

Fun fact – the first “ice cream” cone was produced in 1896 by Italo Marchioni, an Italian ice cream merchant. He emigrated to New York City from Veneto, Italy in the late 1800s and filed for a U.S. patent on September 22, 1903 (it was granted a couple months later on December 13). His cones proved so popular that Marchioni soon had a fleet of 45 carts throughout NYC. We suspect given Marchioni’s heritage – it was likely gelato in those “ice cream” cones! 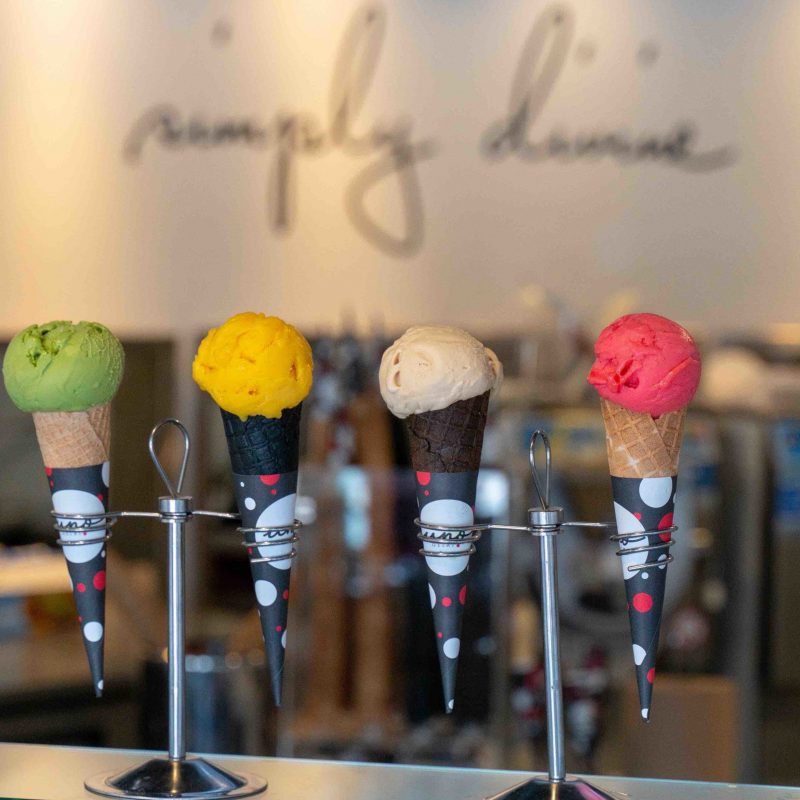